YOUR DOGS HEALTH IN SPAIN

The chance of a dog catching Leishmaniasis in this area of Spain is extremely high, many veterinary surgeons put it as high as 30 / 35 percent. In reality the figure is much higher because there are many stray dogs with the disease. It is a fatal disease if not treated. Whilst their is no prevention for Leishmaniasis their are products which may help safeguard your dog.

The Parasite was discovered in 1900 by Scottish bacteriologist Sir William Boog Leishman, while serving as a colonel with the British Army in India. The disease, originally called, in humans Kala-azar, is basically a tropical disease. It is an extremely rare disease in Cats.

Leishmaniasis is an immune suppressive disease, which means that it breaks down the natural ability of the body to fight off diseases. In this way it is similar to AIDS in humans. There are two types of Leishmaniasis, "Cutaneous" and "Visceral". Cutaneous affects the skin and Visceral attacks the internal organs. The best person to advise you about which kind your dog has is your vet. Each case is different, and so is the form the treatment will take.

Any dog can catch Leishmaniasis, but there is evidence to indicate that short haired dogs are more susceptible. Bear in mind two very important facts, there is no cure and there is no vaccination against the disease.

The only way to make sure is to visit your veterinary surgeon. He will take a blood sample and you will have the results usually in a couple of days. Pay your money and rejoice when the test proves negative.

Should the test be positive you must follow your vet's advice to the letter. Maybe he or she will recommend a series of injections. Maybe your Veterinary Surgeon will recommend a tablet treatment, which has proven successful in building up immunity in recent years. Very often a combination of injections and tablets is prescribed. If you are administering tablets, then exact compliance with the vet's instructions must be observed. With injections you may have to take the dog to the Veterinary Surgeon every day, or have him/her show you how to do it.

There is no parasitological cure, although the disease may recede to such a degree that your dog will reach what Vets call, Clinical Cure. When that is the case keep following your vet's instructions. Keep to the appointments your Veterinary Surgeon has made for new blood tests, which will show the stage the disease is in. Your dog may go a whole year without showing any signs of Leishmaniasis, but do not let it fool you. Stay on the alert.

For my own dogs I put on a Scalibor collar which I change every 3 months (it says on the box to change 4-6 monthly), I also keep the Scalibor collars on in Winter, this is personal choice. I use Ex-spot ampoules monthly in summer and 6 weekly in winter. I also get my own dogs blood tested twice a year in October and April. 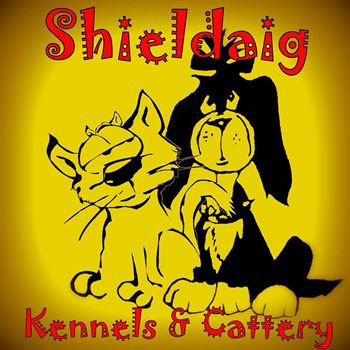